In stark contrast to that is the moment when Ichabod meets Katrina Van Tassel at the harvest festival. Great, bulging cornucopias barf the season’s bounty across the tables, fiddlers are dropping fire, and young people are allowed to *gasp* TOUCH EACH OTHER during their blindfold game.

October is Horror Movie month, where we let down our hair and celebrate all things macabre and scary! Not that we don’t during the rest of the year, but still… HORROR MOVIES! People who don’t like horror are encouraged to check back November 1st for less bloody and/or disturbing films. For everyone else, let’s put on our galoshes and WADE INTO THE MIRE!

We’re switching gears yet again with Halloween and the Kitchen Sink Week – this week’s entries all include Halloween or its trappings in some way, AND they will be much shorter in length. There’s not much logic to their selection, so don’t think that I’m intentionally leaving things out – these movies put me in the Halloween spirit for whatever reason. It’s the final countdown to Halloween, so throw some candy in a bag, put on your walking shoes and come trick or treating!

Sleepy Hollow  is Tim Burton’s homage to the misty, melodramatic films of that classic powerhouse of theatrical frights, Hammer Horror. Hammer films reigned supreme for decades and launched the career of Peter Cushing. Britt Ekland, and a slew of others including the great Christopher Lee, whose ferocious portrayal of Dracula can be credited with associating raw, aggressive sexuality with vampires AND with first showing blood and or fangs, at least in western cinema. Vampires, werewolves, cave girls, ghouls, Frankenstein’s monsters, mummies… I mean just look at the production history!  It’s… I … *heavy breathing, starts sweating*  I need to stop, this is about Sleepy Hollow, after all!

Audiences raised on the Disney version of Sleepy Hollow took one look at the poster and knew they were in for either a real treat or a real trainwreck–especially given the R-rating. Happily, it was mostly the former, and the movie is a glorious mishmash of action, romance, murder mystery, and horror. It also boasts gorgeous production value; the women wear huge, sweeping dresses, the men fine suits and complicated wigs, and the houses look weirdly cozy when the Headsman isn’t battering down the door.

To wit: the movie opens on a harrowing escape in a bouncing, rattling carriage racing through a night-dark cornfield. A thunder of hooves, the hiss of a blade and a beheaded driver later, and the carriage’s occupant is beheaded himself, his blood spraying over the jack-o-lantern topped scarecrow behind him. The contrast is dialed up and the colors dialed down, and the palette calls to mind ukiyo-e prints of blotted ink and charcoal on rice paper.

In stark contrast to that is the moment when Ichabod meets Katrina Van Tassel at the harvest festival. Great, bulging cornucopias barf the season’s bounty across the tables, fiddlers are dropping fire, and young people are allowed to *gasp* TOUCH EACH OTHER during their blindfold game. The lighting is all warm candle and firelight, there’s frothing ale mugs, and steaming bread.

The rest of the movie swings between extremes: sometimes plodding, and sometimes blowing your face off with its blend of practical and CG effects – Burton had great restraint with CG and to my mind there’s only one scene that doesn’t really work with it… the witch scene with the eyeballs has always been a little too cartoony. Great stunts — including some masterful swordwork and horsemanship by Ray Park, best known for playing the face and body of Darth Maul or Toad from X-men– and acting by Christopher Walken turned the Headless Horseman into a wonderfully charismatic villain.

A pre-Pirates Johnny Depp is decent as condescending Enlighment Champion Ichabod Crane, and Christina Ricci is… well her performance has always been a little overly stiff to me. I’ve never figured out what she was going for. Michael Gambon, Miranda Richardson, Michael Gough, the aforementioned legendary Christopher Lee, and Ian McDarmid (The Emperor!) round out an amazingly talented and amazingly British cast as the rest of the townspeople.

Sleepy Hollow is Tim Burton at his best and probably his happiest… weird and gothy, with moments of dark humor, peculiar characters and fantastic imagery. It’s a great film to get yourself riled up for Halloween if you haven’t seen it, or haven’t seen it already this season. Be aware though – it’s incredibly gory and violent, and not for the faint of heart!

That’s it for today’s entry! Check back later this week for more entries in Halloween and the Kitchen Sink Week – here’s a hint of an upcoming post:

Have a great day!

6 thoughts on “Halloween and the Kitchen Sink Week: Sleepy Hollow (1999)” 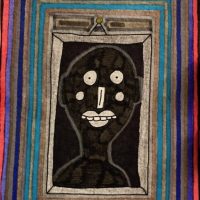